The Virtual Care Group will host a webinar Jan. 26, to showcase the benefits of using a telehealth partner to meet well-being needs including:

After registering, you will receive a confirmation email containing information about joining the meeting. For questions, please contact Emily Pettit, vice president of strategic partnerships, 860-391-5611 or emily@thevirtualcaregroup.com.

Two ACI-member institutions began the new year with interim presidents, while another institution announced the retirement of its president of 22 years.

In December, Blackburn College’s Board of Trustees appointed Dr. Greg Meyer interim president. He will serve until a permanent successor is named, according to a Blackburn College news release. He succeeded Dr. Mark Biermann, who resigned to focus on his health, well-being and extended family, the release said. Biermann joined Blackburn College in August 2020 after nearly 30 years in higher education, most recently serving as provost and executive vice president for academic affairs at Valparaiso University in Indiana.

During more than 30 years at Blackburn, Meyer held a variety of academic and administrative positions at the college. He has served as a department and division chair, professor of philosophy and religion, dean of students, college counselor and director of church relations, the college reported. He has been engaged with the institution since his retirement, returning to the campus during the spring of 2020 to serve as interim provost. 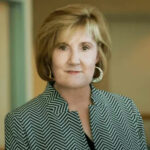 The board of trustees of Rockford University appointed Dr. Patricia Lynott, right, interim president. She began last month, as a search for the permanent president got underway. Lynott succeeded Dr. Eric W. Fulcomer, who resigned and began a new role as president of the Wisconsin Association of Independent Colleges and Universities in Madison, Wisconsin.

Lynott served as president of University College at Southern New Hampshire University. She brings more than 20 years of experience advancing the missions of nationally ranked colleges and universities, with more than a decade of experience at the executive level, according to a Rockford University news release. Lynott also served many years in the classroom as an associate professor at ACI-member Elmhurst College (now Elmhurst University) before becoming dean of graduate and continuing education and eventually, executive director of Elmhurst Partners. 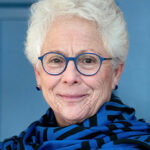 The Aurora University Board of Trustees has begun a search to find a successor to Dr. Rebecca L. Sherrick, left, who announced she will retire at the end of the 2022-2023 academic year. Sherrick has served 22 years as Aurora’s president. Under her leadership, AU experienced record growth, expanding enrollment to rank among the top 10 largest private, not-for-profit universities in Illinois, while maintaining strong financial health, according to an Aurora University news release.

During her tenure, she championed initiatives that provide access and opportunities for students traditionally underserved by higher education. Sherrick established the first doctoral program in Aurora’s history, built up the university’s Division III athletics programs, and strengthened the university’s diversity, including its presence within the Latino/a community. That led to the U.S. government’s recognition of Aurora University as a Minority-Serving Institution. She also oversaw the revitalization and renovation of AU’s main campus in Aurora and its George Williams College location in Williams Bay, Wisconsin.