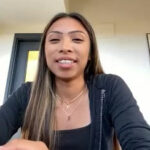 When she was in fifth grade, Bethsaida Rodriguez began running for fun. A coach helped her get rides to practice and track meets, and helped her acquire running shoes. Her interest in the sport grew, and she ran in high school. She got a few offers to run at the college level, choosing to attend nearby Judson University, where Rodriguez is on the university’s cross country and track teams.

“I didn’t know if I wanted to run or not in college, but then I saw it would be an opportunity for scholarship, so I went for it, and now I’m running here at Judson,” she says. The sport has given me a lot of opportunities and a lot of chances to do things that I wouldn’t have done without the sport, so I’m very grateful for it.”

Rodriguez, who was born in Mexico, came to the United States with her family at age three. She lives in Elgin, Illinois, with her parents and four younger brothers. When she chose Judson, Rodriguez was interested in culinary education. But her running career led to a major in Health Promotion and Performance, specializing in exercise sports science. “It makes me a better athlete. It makes other athletes better athletes. I found a connection there, I liked it, and I stuck with it,” Rodriguez says. She added a minor in psychology, which she sees as an important component in development of athletes. Though undecided about a career after college, Rodriguez expects to work in some aspect of the sports industry.

Her father has helped her pay for tuition, but earlier this year, he was unable to work. Rodriguez reached out to Judson for financial help. The university offered her a lifeline by awarding her an ACI General Scholarship, which helped her remain in school. “I was freaking out, you know?” she says. “I was super, super thankful to find out the scholarship was available. Honestly, thank you so much. It’s been a big help, and I appreciate you, the donors, everybody. It’s just been a weight off the shoulders.”

“Thanks to people such as the donors, and other help that has been brought into my life, I’ve been able to get by and to get through these barriers,” Rodriguez adds.

In addition to school and her running career, Rodriguez is a co-president in the Judson Student Organization, working with commuter students. She helps organize events and social gatherings for commuters. She is also a mentor to first-generation students, sharing her experience as a first-generation college with first-year students. 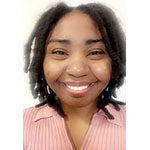 Mikalle Montgomery made a promise to her mother, Ypakka, before her death in March 2020, from a heart attack: that she would complete her college education and earn a degree. “I told her that college is not just for me. It’s for us,” she says. “Because not many Black kids in Chicago get to go to college.” Montgomery’s father passed away in 2015. The junior from Chicago lives on her own and attends McKendree University, majoring in sociology.

A reason why she chose McKendree is that she earned several college credits from a community college while she was in high school, and those credits transferred. At the university, Montgomery developed close relationships with professors and staff. “It’s a great place to network. I had all these people in my life that just kept me on track when my mom passed away. It hit hard, but they were pushing me the hardest to keep going,” she says.

At first, Montgomery was interested in psychology, but changed her major to sociology. “Sociology opened my eyes to a lot of stuff. The study of people became a focus of mine. I decided to study sociology because it’s more on the line of public speaking, podcasting and advocating more out loud,” Montgomery says. She wants to be an advocate for adolescents and minorities, and speak about topics such as mental health and women’s health.

In 2022, Montgomery was at a crossroads. She knew she did not have enough funding to continue at McKendree University – and achieve the goal she promised her mother. “I couldn’t afford to keep going there because I didn’t have the grants,” Montgomery explained. “I didn’t have the money. I didn’t have enough. Because my mom was the only person that took care of me. When she died, it was like, ‘I don’t have what you are asking of me.'”

That is when the university’s financial aid staff reached out to her with the Fiducient Advisors Knowledge is Power Scholarship, provided through ACI. That scholarship enabled her to continue her education and motivated her to keep going.

“I’m just grateful to have this opportunity. To my donor, a big thank-you. I appreciate them so much,” she added.

When she’s not in class, Montgomery is producing podcasts at the university’s radio station, McK Radio. To support herself, she has worked locally at fast-food and department stores.